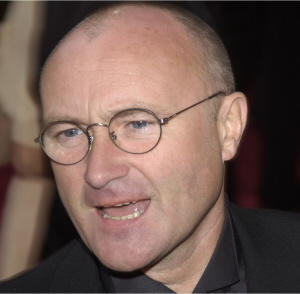 
CONCORD has acquired the publishing and recorded music catalogs of TONY BANKS, PHIL COLLINS and MIKE RUTHERFORD, as well as their band GENESIS, according to multiple reports, including MUSIC BUSINESS WORLDWIDE, which quotes the WALL STREET JOURNAL to rate the deal at ” over $300 million.” .”

CONCORD recently purchased the assets of HITCO ENTERTGAINMENT and AUSTRALIA/NEW ZEALAND-based publisher NATIVE TONGUE. Other acquisitions include a majority stake in PULSE MUSIC GROUP, the publishing catalog IMAGINE DRAGONS and the copyright portfolio of DOWNTOWN.

CONCORD would also be in the running for the PINK FLOYD catalogue.

CONCORD called the “combined music catalogs of GENESIS and these three artists among the most commercially successful of all time”.

Combined sales of the band’s records and individual solo albums, as well as live records, film soundtracks and box sets, exceed 250 million copies worldwide, including “The Lamb Lies Down On Broadway”, “Sussudio”, “Against All Odds”, “All I Need Is A Miracle”, “In The Air Tonight”, “I Can’t Dance”, “That’s All”, ” Land Of Confusion”, “The Living Years” and “Invisible Touch”, among others.

Neither PETER GABRIEL nor STEVE HACKETT, who contributed to early GENESIS albums, are part of the deal.

TONY SMITH, TSPM Founder and longtime director of GENESIS and their individual members and solo projects: “It’s a catalog of music that we’re all extremely proud of and it means a lot to so many fans.

“CONCORD is one of the world leaders in music with whom we have worked for many years on the publishing side, which we extend to the entire catalog of recordings at the same time as publishing.

“We have been impressed with their good judgment and sensitivity to the wishes of the artists and are confident that alongside the respective ongoing relationships with the WARNER MUSIC and BMG record labels, we are leaving the future ownership of the catalog in their capable hands, safely. knowing that heritage will be protected.

CONCORD President BOB VALENTINE added: “The songs of TONY, PHIL and MIKE have been the soundtrack to the most important moments in many people’s lives.

“Everyone at CONCORD feels the weight of the cultural significance of this remarkable collection of works, and we will strive to ensure that current and future generations of music listeners continue to hear and enjoy them.”