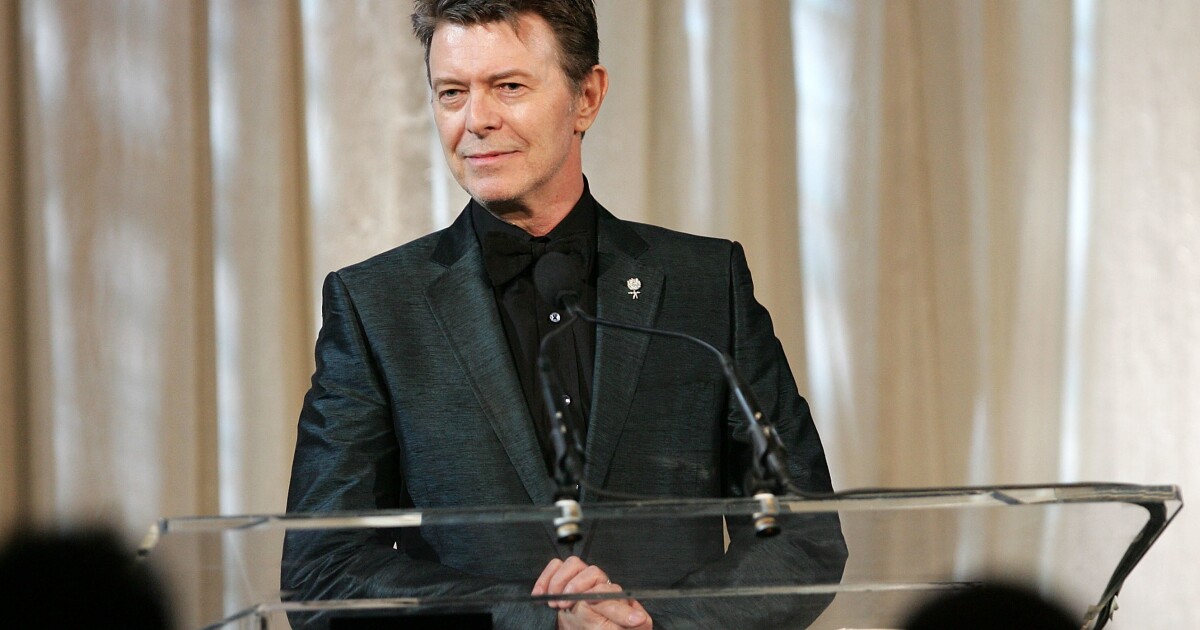 Warner Chappell Music has bought the publishing rights to David Bowie’s catalog of songs for over $250 million, according to some reports. The musician died almost exactly five years ago, on January 10, 2016, after being diagnosed with liver cancer.

“This fantastic pact with the David Bowie estate opens up a universe of opportunity to bring his extraordinary music to vibrant new places,” WCM Co-President and COO Carianne Marshall enthused in a statement. “It’s not just a catalog, but a living, breathing collection of timeless songs that are as powerful and resonant today as they were when they were first written.”

The announcement follows a string of similar announcements over the past two years; Bruce Springsteen, Paul Simon, Bob Dylan, Stevie Nicks and Neil Young are just a few of the stars who have recently sold substantial rights to their music.

(It should be noted that there are huge differences between royalties for writing and performing. Some of these agreements are only for publishing, like the Bowie agreement; others also include master recordings, called masters.)

Springsteen has sold his entire back catalog — including songwriting and recordings — to Sony Music Group, according to a Dec. 16 announcement. Industry reports put the purchase north of $500 million.

Even before the purchase was officially announced in May, Sony Music Group Chairman Rob Stringer told investors he had spent around $1.5 billion on music acquisitions alone since the start of the year. .

“Including the rights to some of the most iconic artists of all time, like Paul Simon,” he gloated.

Serona Elton worked with the majors. She is now a professor and associate dean at the University of Miami’s Frost School of Music. She compares being a famous musician with a catalog of hits to owning a property somewhere like Austin, Texas. “It’s scorching hot,” she exclaims. “Hot hot hot!”

“All of a sudden the market is crazy and everyone is paying ridiculous amounts of money,” she says. “And people are worried it’s a bubble. Maybe it’s a good time to sell.”

But we’re talking about huge musicians who aren’t exactly star-hungry artists with a reputation for creative control. Why sell so many of their precious catalogs?

“The pandemic is part of it,” says Tatiana Cirisano, music analyst at MIDiA Research. “The tour has been stalled for some time. It could be stalled again.”

Even Springsteen took a hit when it came to show and touring revenue last year. And, Cirisano points out, these musicians’ accountants know full well that capital gains taxes can move unfavorably for people with such assets. Also – to be frank – many of these musicians are elderly. They plan their estates.

When Bob Dylan sold his entire songwriting catalog to Universal Music Publishing Group last year, it included music he wrote over 50 years ago. So he’s taking a lump sum now, rather than relying on royalties every time “Mr. Tambourine Man” goes viral on whatever platform might be the most popular in a few decades. Even younger artists like Shakira and Calvin Harris have recently sold parts of their old catalogs because companies pay so much for them.

Sony Music Group’s Rob Stringer told investors this spring not to worry about the price of these acquisitions. Stocks go up and down, but lucrative music rights feel more secure, he noted, thanks to Spotify, Apple and other streaming and subscription services.

“The number of paid music streaming service users grew by nearly 100 million in 2020 to reach 443 million worldwide,” he explained. “Many research analysts predict that this figure will well exceed one billion by 2030. In the music publishing market, streaming is driving similar sustained growth. The publishing industry achieved its seventh consecutive year of consecutive expansion, growing 5.2% in 2020,” he continued. .

Synergy is also the name of the game here; when Sony bought Springsteen’s music, they could more easily use it in movies and television made by Sony studios. Other artists from Sony labels can sample or cover his songs, and whenever a Bruce Springsteen biopic comes out, you can bet a Sony movie studio will.