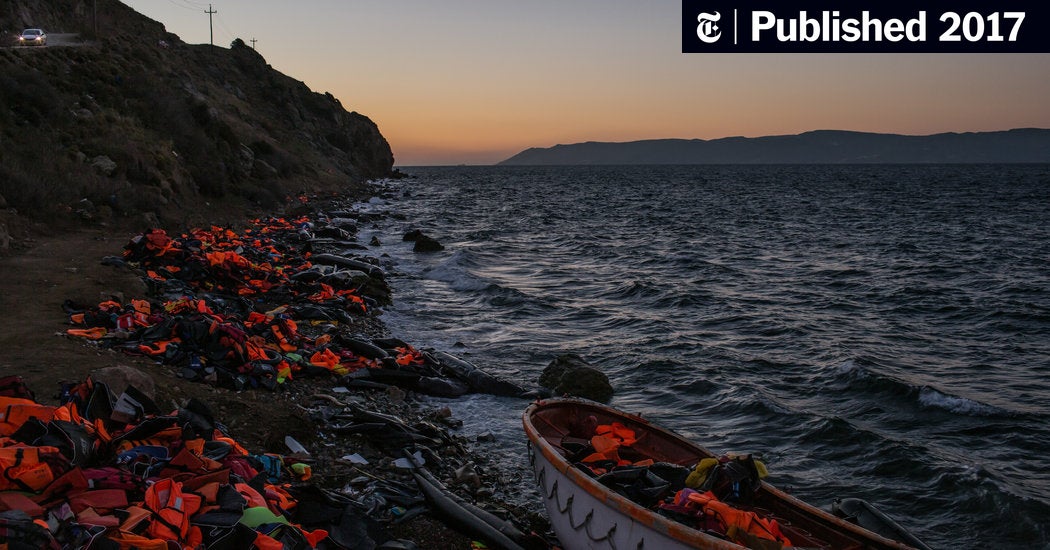 LONDON – They are the ones who failed; those who perished seeking a new life in Europe; those that the smugglers entrusted to frail boats destined to sink in the Mediterranean.

German newspaper Der Tagesspiegel has sought to build a printed monument to them, listing the 33,293 people it says died between 1993 and 2017 fleeing war, poverty and oppression in their own countries.

But, in the process, The List, as the newspaper called its 48-page tally of the lost, cast a grim light on a tragedy that unfolds alongside the deaths: Many of them died anonymously, in especially in recent years.

Sometimes the numbers on an industrial scale are staggering. In September 2016, for example, 443 unidentified people – “origin region – Africa” ​​- died in a shipwreck off the coast of Egypt.

Then, conversely, the individual pathos of brevity as in the case on September 16, 2017 of a 14-year-old boy named R. Oryakhal, “hit by a car near Calais while falling from the truck he had climbed on it in an attempt to reach Britain.

The newspaper printed 100,000 copies of The List. It was distributed with the November 9 edition of the newspaper and the rest is distributed at a series of art presentations and performances in Berlin. The list is also downloadable as a 48-page document.

Der Tagesspiegel said the asylum seekers, refugees and migrants on its list had died “because of the restrictive policies of Fortress Europe”, both at the continent’s external borders or after arriving in Europe itself.

In 1995, for example, 18 Sri Lankans, identified by name on The List, were asphyxiated in a sealed truck trailer in Hungary.

“We want to pay tribute to them,” said Der Tagesspiegel. “And at the same time, we want to show that every line tells a story and the list is growing every day.”

The list also seems to show that while recent attention has focused on people on the run since the so-called Arab Spring of 2011, the lure of a new life in Europe long predates the unrest in the Middle East. East.

The first death identified on the list is Emanuel T. Tout, a 23-year-old Sudanese man who died in a German prison on December 25, 1993 from self-inflicted wounds. It was unclear why 1993 was chosen as the start date.

The final entry came on May 29, 2017, when two bodies were found and 28 people were missing after drowning or being trampled to death when a boat sank just off the coast of Libya. The names of the deceased were not known, nor their region of origin.

The fact that the tally appeared in a Berlin newspaper was perhaps a reflection of Germany’s central role in the refugee crisis that has engulfed Europe in recent years. In 2015, Chancellor Angela Merkel opened her country’s borders to refugees and migrants, many of them from Syria, and around a million people arrived.

While many Germans initially welcomed them, a later backlash helped propel the far-right Alternative for Germany party into parliament. During negotiations to form a new government coalition and under pressure from her Bavarian political partners, Ms Merkel was forced to agree to limit the number of asylum seekers to 200,000 per year.

Representatives of international organizations working with refugees and migrants said the newspaper’s list appeared broadly consistent with their own tally of some 14,000 deaths at sea over the past four years.