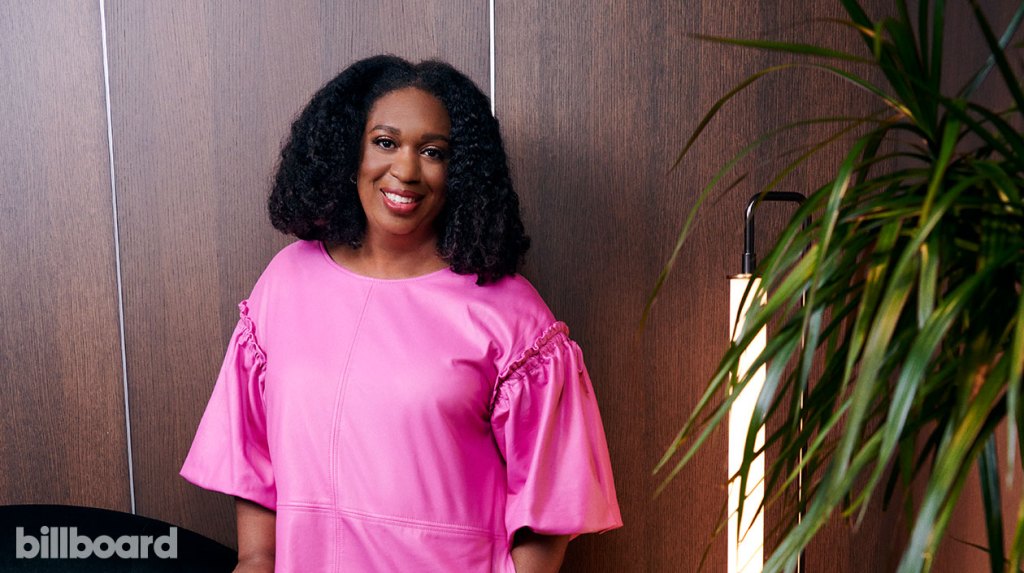 Less than a year of activity, Sherrese Clarke Soares is poised to make its HarbourView Equity Partners a silent giant in music assets – and to do so, it has made significant bets on Latin music. Since opening in October 2021, HarbourView has landed 16-20 deals spanning nearly 40 music catalogs that include everything from reggaetón to regional Mexican tunes. Industry sources say Apollo Global Management has backed the company – which focuses on media assets – with an initial investment of $1 billion.

Guard Clarke Soares, 45, declines to comment on that figure, her funding approach and most other financial aspects of her business. A 20-year veteran of entertainment investing, the Harvard Business School graduate learned the value of discretion working at CIT Group and then at Morgan Stanley, where she was involved in her first music deal: the acquisition of Bug Music by BMG in 2011.

As a result, HarbourView has announced just six of its dozens of catalog acquisitions: Latin superstar Luis Fonsi’s music publishing catalog which includes his songwriting share of the worldwide hit “Despacito”; the publishing catalog of Dre & Vidal, an R&B songwriter/producer duo who have worked with Alicia Keys, Justin Bieber, Jill Scott, and Mary J. Blige, among others; a stake in music publishing and recording royalties for rap-rock group Hollywood Undead’s first four albums; the publishing catalog of Sum 41 frontman and primary songwriter Deryck Whibley; and, in country music, a share of the revenue stream from Brad Paisley’s master recordings, as well as Lady A.

Industry sources say Billboard that HarbourView has also entered into two hitherto undisclosed but costly deals: the acquisition of Usher’s stake in RBMG Records, which hosts Bieber’s master recorded catalog, and the purchase of SoundHouse, which also owns the royalties of streaming of around 20 major recording catalogs. like the assets of contemporary Christian independent label Inpop.

Clarke Soares also won’t discuss those deals, or elaborate on her departure from her former private equity firm, Tempo Music, which she launched in late 2019 with backing from Providence Equity Partners. (Providence later put Tempo’s portfolio up for sale.) “While Providence were great partners, I didn’t have a meaningful stake,” she says. “I wanted to own my own business.”

She’s more expansive about her company’s approach to investing, which she says draws on her Jamaican heritage. HarbourView is named after the Kingston community where his father hailed from. (Her parents emigrated to the United States in the early 1970s.) “In Jamaica, we have a saying: ‘That among many, one people,’” she says. “HarbourView tries to reflect that from a cultural point of view. We have a diverse team of investors of all gender orientations. We are excited to build a great team centered around a point of view that truly reflects humanity. We invest in culture, and culture is not homogeneous. If your team doesn’t reflect the world, you’ll miss opportunities and it’ll be hard to get good feedback.

Do any of your team members have previous musical experience?

We have a full-time staff of 16, and everyone understands [intellectual property assets] and investment in intellectual property. We have advisors who are exclusive to us and who have deep commitment, connections and experience with music from an operational perspective: Vincent Searcy, CEO of Crown Entertainment, Shivam Pandya, Managing Director of Victor Victor Worldwide, and Rodney Shealey, executive vice president of Def Jam.

How has this approach helped you so far in closing deals?

This puts us in a position to be thoughtful, deliberate and make smart investments, but also to act with intention and speed. This is something many sellers have complained about – when various peers, for various reasons, cannot close in a timely manner. Plus, unlike most of our peers, we can effectively compete for large-scale deals with multiple catalogs, as well as in the individual artist and songwriter space. Most of our competitors are in one pocket or the other.

We have a decent amount of music in Spanish, lots of indie rock and lots of hip-hop and R&B, which sometimes gets overlooked.

HarbourView bought Luis Fonsi’s edition, which includes “Despacito”. What other Latin offers can you discuss?

We have a decent exposure to Latin through smaller reggaeton artists, as well as local language Mexican music. Overall, Latin accounts for 30-40% of portfolio revenue. But that’s all we’re prepared to say for now.

Do you focus on Latin music because there is less competition and therefore better prices for music assets?

No. We look at the intersection of historical performance, growth trends, returns and price expectations. Where it all intersects is where we found a lot of great opportunities. Our Pipeline [of potential deals] has music across the market – in pop genres, in hip-hop and R&B, in rock, in global music.

Is HarbourView looking to do business for other non-English music assets?

Looking at global opportunities is a big part of who we want to be. We are very close to an agreement outside the United States, and we continue to examine [international] Opportunities.

You have a portfolio of around 40 catalogs. What percentage of those are in publishing versus royalties recorded?

We have over 17,000 [song] titles through publishing and recordings. We are agnostic when it comes to sound recordings and/or editing. We are very much a buyer of revenue streams that come from the monetization of the musical work, and our portfolio reflects that. No song represents more than a percentage or two of revenue. We really strive to maintain diversification and scale.

Have you invested in entertainment assets outside of music?

While HarbourView is focused on the entertainment media segment, music royalties is our first strategy, and we have been squarely focused on executing that strategy. We are in the ideation phase of our next entertainment strategy, which will be outside of pure music, and we currently have a few opportunities on the horizon.

Do you plan to maintain the pace you had initially set for yourself to buy almost 40 catalogs in 10 months?

Yes. We have the infrastructure to support so many catalogs and manage them responsibly. There is no reason not to continue buying assets at the same rate if the opportunities arise.

What is the typical equity/debt ratio of your acquisitions?

It depends on interest rates and the prospects of a transaction. Conventional wisdom is that debt can be between 50% and 80% in this space.

With rising interest rates, has the current economic environment affected your investment prospects or your approach to the music asset market?

The current environment has brought in new players, but some old players have probably fallen. 2020 has been a big year for market entrants. In 2021, a few more have arrived. In 2022, it looks like there are a few less [players]. People who tell you that rates don’t matter aren’t telling you the truth.

What kind of net label publisher’s multiples – or gross profit – do you see?

They have always run the gamut. They can be low double digits to high double digits – up to the mid 20s. It depends on how old the catalog is, how much revenue is growing or falling, and how the overall market is growing.

Do you plan to set up an acquired asset management platform?

It’s not in the cards for us. We will not attempt to create a labeling service business or a publishing administration service business. It is not a business model that we believe will provide the highest and best return to our investors. We are ecosystem partners and do not try to be a competitor of any label or music publisher. We can work well with all of them. We have deep respect for music operators.

What if you transferred your song catalogs to a third-party administrator?

Big Changes [in our strategy] are not anticipated. I won’t go into detail because it’s kind of our secret sauce, but we believe there are active management versions that don’t include building global operations.

Institutional investors usually have time frames to generate returns in order to unwind investments and reap the profits. What is HarbourView?

We see a path to forever owning what we build. For example, we could obtain liquidity through capitalization and market review. We really appreciate the contribution that the creative ecosystem makes to culture and has the power to shape the world. Intellectual property is the tip of the spear, so we believe we are making great investments for our stakeholders.