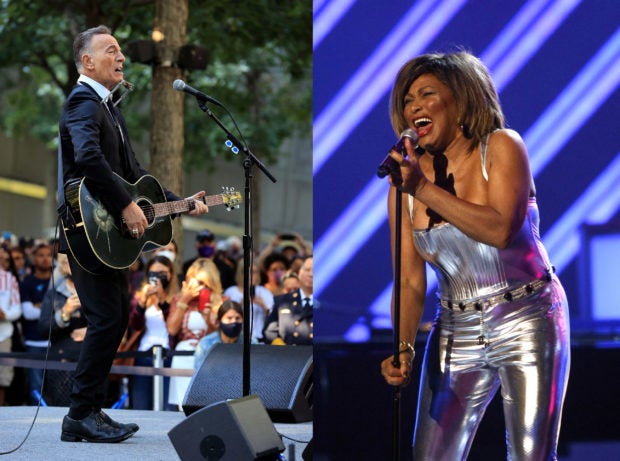 Bruce Springsteen performs during the annual 9/11 Remembrance Ceremony at the National 9/11 Memorial and Museum on September 11, 2021 in New York City. Image: AFP/Chip Somodevilla via ETX Daily Up

What do Bruce Springsteen, Tina Turner and Calvin Harris have in common?

They have all sold their song catalogs in recent months. These deals are often for colossal sums, testifying to the appetite of companies like Hipgnosis Songs Fund for repertoires of famous songwriters. So what’s going on?

Hipgnosis Songs Fund has quickly positioned itself in this market, which Goldman Sachs predicts will reach $131 billion by 2030. This intellectual property investment and song management company created by Merck Mercuriadis – the former manager by Beyoncé, Elton John, Morrissey and Guns N’ Roses — owns the rights to 146 catalogs and 65,413 songs. Twenty of them appear in Billboard‘s Top 100 Songs of All Time, and 10 are on YouTube’s most-watched list.

These catalogs are valued at $2.55 billion, according to the British company. Their revenue increased 31% from 2020, reaching $74.1 million in the six months ending September 30. The repertoires belonging to musicians with a long career behind them were particularly successful this year, thanks to the enthusiasm of music lovers for songs from previous decades. .

‘The Boss’ is selling its catalog of songs for $550 million

While Hipgnosis Songs Fund managed to acquire the rights to the coveted catalogs of the Red Hot Chili Peppers and Fleetwood Mac’s Christine McVie, Springsteen’s repertoire eludes them. “The Boss” recently sold his music rights to Sony, the parent company of his Columbia Records label. The amount of this agreement would have been close to 550 million dollars, according to the New York Times and the American magazine Billboard. It tops the $300 million Universal Music Group paid to acquire Bob Dylan’s entire publishing catalog in December 2020.

Springsteen is the latest music star to sell off his repertoire, following in the footsteps of Turner, Paul Simon, Mötley Crüe and Shakira, whether for all or part of their works. And the financial markets are particularly interested in the acquisition of music rights, assets that generate stable revenue streams, since the rights holder collects royalties for each use of a song, whether in a film, a series television, video game or advertisement.

An option that appeals to seasoned musicians

Music catalogs are benefiting from the rise of paid streaming through platforms like Spotify, Apple Music and others that make the discography of millions of artists available to their subscribers. And it is clear that the songs and albums of the most experienced musicians are just as attractive, if not more so, than the new ones. At the same time, the great hits of the last decades, such as “Dreams” and “Man! by Fleetwood Mac! I Feel Like A Woman” by Shania Twain finds new life on social networks, especially on TikTok.

Once heavily discouraged, selling his catalog of songs has become an increasingly attractive option for aging songwriters since the start of the pandemic.

“They need to manage their finances, especially since they don’t know when they will be able to get back on the road to generate money because of the pandemic. I offer to help them monetize their assets while involving them and respecting their artistic aspirations,” Mercuriadis said. The echoes in December 2020.

Selling the rights to a song catalog can also be tax efficient. As the New York Times recalls that royalties are taxed like any other income, while the sale of a musical repertoire can be considered a capital gain, generally taxed at a lower rate. All these arguments are pushing more and more artists to take the plunge. Indeed, Dolly Parton, David Crosby and Sting would be in talks to sell their catalogs of musical rights.

The latest entertainment news straight to your inbox