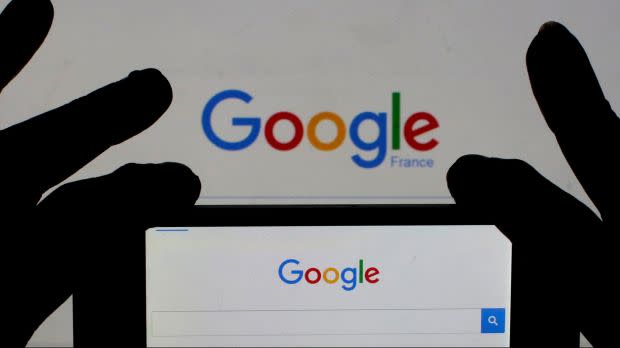 European Android users are about to see a lot more info.com.

Google recently auctioned off three slots for external search providers to appear on a setup screen for Android devices sold in the European Economic Area (EEA), starting March 1. Two search engines – info.com and privacy-focused DuckDuckGo –won a place in the 31 countries of the auction. Google will also be a search engine of choice on Android devices in all EEA countries.

But what is info.com?

Info.com, or InfoSpace, is an online search company and former internet darling. It was founded in 1996 in Seattle and backed by Microsoft co-founder Paul Allen. InfoSpace went public in December 1998, at the height of the Internet bubble. In March 2000, it was valued at about the same level as Boeing, at $31 billion. Soon after, the bubble burst and InfoSpace’s stock price crashed. “The company was once worth more than Boeing has fallen to the value of two Boeing 777s,” joked the Seattle Times.

It later emerged that InfoSpace officials, including founder Naveen Jain, misled shareholders on the company’s performance in the early 2000s. A shareholder sued Jain and other current and former directors and officers of InfoSpace on behalf of the company in 2001; the company ultimately received $83 million from the defendants in a 2005 Regulations.

Since its short-lived heyday, InfoSpace has gone through a series of sales and restructurings. In the late 2000s, InfoSpace sold its directory and mobile applications business (including mobile ringtones), and refocused on “metasearch” or the aggregation of results from other search engines. He also briefly touched on online retail. In 2012, InfoSpace acquired an online tax preparation software company and changed the name of the new group to Blucora“a neutral and expandable vehicle for us as we continue to evolve our strategy and articulate our story,” a company spokesperson said at the time.

“System1 is delighted to have info.com participating in the Android Choice Screen and delivering a compelling experience to consumers in Europe,” System1 CEO Ian Weingarten said in a statement.

Several European search players who boycotted Google’s auction called info.com an “arbitrage” player. Christian Kroll, CEO of green search engine Ecosia, said InfoSpace makes money in part by buying search ads on sites like Google and Bing and redirecting the searcher to another ads page on InfoSpace. . “This is exactly the kind of company that we think shouldn’t be on the choice screen,” Kroll said.

“If you have to pay for users, it’s clear that some arbitrage players will enter the market,” Marc Al-Hames, chief executive of privacy-focused search engine Cliqz, wrote in an email.

Weingarten said info.com will launch on Android’s choice screen with new search features and will continue to add features to improve the user experience. “Like most search engines, we do marketing for info.com to help educate more consumers about our search experience,” he said. “We look forward to bringing info.com to millions of people in Europe.”

Another little-known name that did well in Google’s auction is PrivacyWall, an Internet company with a dozen people based in San Juan, Puerto Rico. Jonathan Wu, founder of PrivacyWall, said he started the company in 2017 as a side project to focus on consumer privacy after a decade in the digital advertising space. PrivacyWall’s first product was a PC firewall to help users block the “shadow profiles” that companies like Facebook can rely on without their knowledge.

Wu said PrivacyWall started focusing on search around the time the “Android choice screen opportunity presented itself.” PrivacyWall won prime screen placements in 11 of the auction’s 31 countries. Wu declined to say how many users PrivacyWall’s search engine has, saying the product has just launched. He doesn’t think arbitrage is a fair characterization of what the company does.

“Our mission is really to protect consumer privacy,” he said. “I think we have to make a choice about whether we participate or not. If we did not participate, we would not be able to offer these products to our consumers. And really, would consumers be better off? »

Sign up for the Quartz Daily Briefour free daily newsletter with the most important and interesting news from around the world.