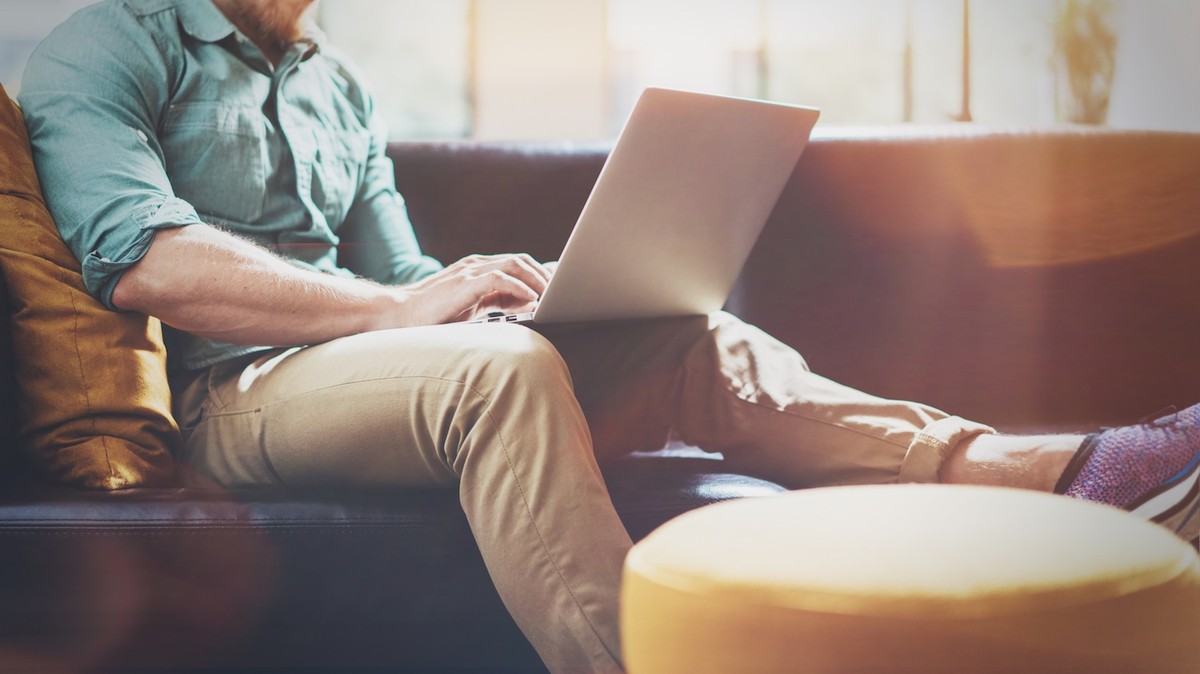 If Google is Goliath then Qwant thinks of himself as David.

The French search engine, recently integrated into a personalized edition of MozillaFirefoxprotects the anonymity of 21 million people in 30 countries who use the search engine each month, which is70% higher than a year ago. This month they are also launching a mobile app, which will allow users to use a mobile search engine that does not track them and integrates a secure web browser.

The search engine was co-founded in 2013 by Eric Leandri, a tech entrepreneur who has a background in network security, and Jean Manuel Rozan, an investor who is a former bank trader. Today, the two co-founders have a team of over 50 people in their offices in Paris, Nice and Rouen and are expanding to introduce this privacy-protected search engine as an alternative to Google.

“We didn’t want to offer just another search engine,” Leandri said. “We had values ​​to uphold; to respect the privacy of our users by prohibiting us from tracking what they do or search online. This has been a constraint imposed on our engineering and marketing teams since day one, and they embrace it because it’s both challenging and rewarding.”

You could compare Qwant at DuckDuckGothe search engine that avoids personalized search results, or Dutch ixquick search engine, which also allows private browsing (but still brings up half a page of Google ads). Qwant does not use cookies to track users, nor does it collect personal browsing data or do data profiling. Two people searching for “trip to Mexico” in Paris and California will get exactly the same result on Qwant.com.

Qwant is further distinguished by its search categories, which go beyond the typical news, images and video tabs to include a social media category (which collects results from Twitter only) and a music tab which rips albums and songs from iTunes. Qwant also has an artist page for every major pop star, including recent news about them and related social media posts that relate to your search (search “green trees” on Qwant and it brings up Al Green’s latest album). He recently introduced a section titled “Notebooks“, which creates profiles for users and features a media bulletin board page where users can upload their own photos, videos and texts for commenting and discussion. There are 31 different categories like jobs, cars, food, health, and hobbies. A children’s search engine called Qwant Junior is also operational.

In August, Qwant was added to the German, French and UK versions of Firefox for desktop, as well as to Firefox for Android and for iOS. From the company complementary extension with Firefox has around 5,000 weekly downloads, plus 140,000 downloads over the past three months.

Qwant is also synonymous with European mistrust from google internet dominancein particular how users are tracked for ads.

“We are at a crossroads where we as citizens, internet users and consumers must choose how much privacy we have and how free we feel to exercise it,” Leandri said. “You have to think of the Internet not just as a means of communication, but increasingly as a surrogate brain; things that would have been kept within the impenetrable confines of your own mind, or in the sanctuary of your own home, are now sent to servers for the world or a few companies to see. Everything we do is increasingly stored and can be retrieved on demand.”

Even where there are privacy options, Leandri warns against “false choices.” For example, some companies may offer user privacy and personalized services, but in the fine print, your data is still collected for the future. “They claim you can’t have artificial intelligence without giving up control of your data, but for the most part that’s a lie,” Leandri said. “It is certainly faster and easier to exploit people’s privacy to educate AIs, but we believe there are and will be alternatives.”

Leandri is most worried about the growing reliance on AI, or “digital assistants” that anticipate our needs. “The more you get used to it, the less you will wonder how and why an AI recommends one path over another, which story to read, which products to buy,” he said. “Any company with such power may be tempted to abuse it, but even with the best of intentions, the effects such adaptive algorithms can have are difficult to predict.”

However, they make their profits through paid websites, having agreements with a Berlin-based affiliate internet marketing company called Zanox, which connects users with commercial websites (Qwant wins between44 to 88 cents per click), they also have planned partnerships with TripAdvisor (details not yet announced) and eBay. Qwant took advantage of the sale20% of its shares to Axel Springer,a lean to the right German publishing house for 6 million dollars in 2014 (the managing director of the publishing house Mathias Dopfner publicly criticized the power of Google).

Qwant tries to maintain its integrity despite making profits.

“We won’t try to direct you to a specific service instead of a better one because we would have commercial interests to do so, or filter results based on a political or commercial agenda,” Leandri said. “Our promise to users and the entire web community is that we are fair to everyone.”

To be transparent, Qwant has released its source code so that third parties, like the French National Data Protection Commission (CNIL), can certify its do-not-track policies and see that it does not collect data, it also shares their code with hackers for security reviews. This year, the company hopes to make its algorithms open source to ensure anyone can verify its privacy practices.

He’s still against Google, though. Qwant has 12% of its users using the search engine with smartphones. Mobile search traffic is dominated by Google which has 95% of the smartphone market share in the United States. It also doesn’t help that Quant isn’t listed as the default search engine on Safari and Chrome browsers. But he works to broaden the horizon of Internet users. “While you have just a few search engines deciding what to provide to billions of people, it’s not so much a neutrality issue,” Leandri said, “it’s a democracy issue. “.