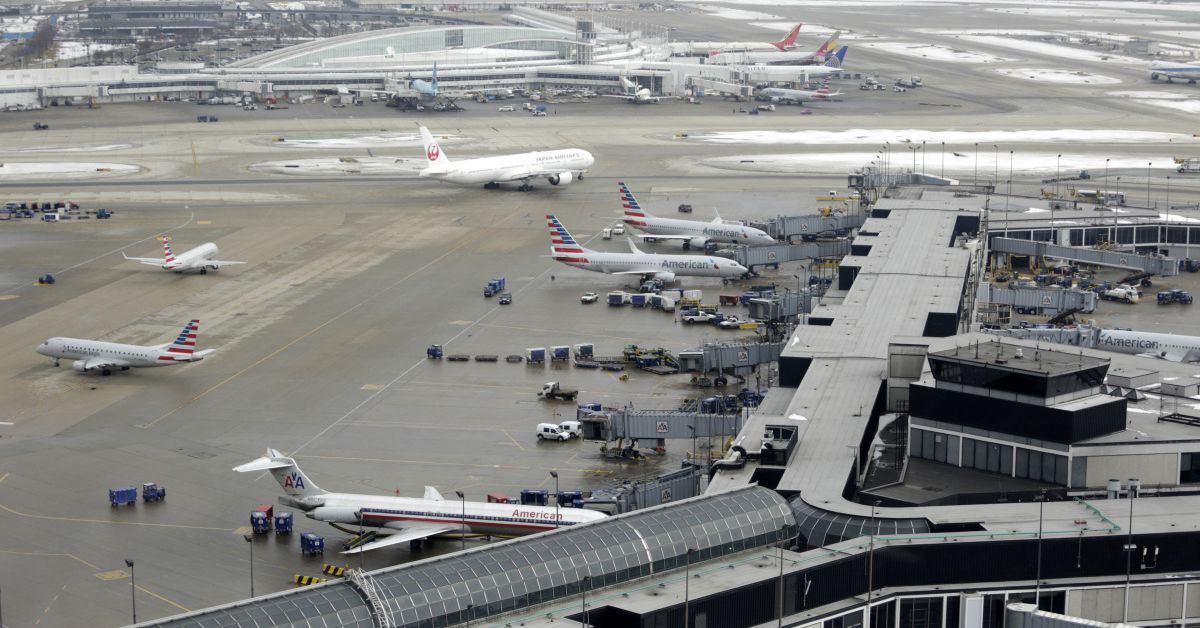 Chicago firefighters who lied to pretend they had been trained on sophisticated rescue platforms at O’Hare and Midway airports when they had not, potentially endangering passengers.

An inspector assigned to nursing homes during a pandemic that has raged in those homes who claimed to have carried out on-site visits, when none had taken place.

All that and more is in Inspector General Joe Ferguson’s quarterly report. It’s rife with the usual wrongdoings, as well as more serious violations that could immeasurably worsen the coronavirus pandemic and the civil unrest sparked by the death of George Floyd.

Among the elements of the report:

• Four Chicago firefighters retired or were fired to avoid being pressured into engaging in an elaborate scheme that allowed unqualified personnel to outfit crash rigs used for fire extinguishing. fires and emergency response at O’Hare and Midway airports. They worked in these positions for a total of 17 days without completing the rigorous basic training and certification requirements.

A former District 3 training instructor “reviewed and approved the falsified device training log without verifying the information”. And a lieutenant “falsified the apparatus training log” by listing 13 training sessions that had not taken place and falsified the signature” of a CFD captain.

“Changes in AFDC leadership subordinates resulted in false and incorrect records relied upon [the Chicago Department of Aviation] and the FAA at the top show compliance…and ensure public safety.

A former District 3 captain was also suspended for one day after he “failed to renew” his Midway badge and then entered the airfield nine times with an expired badge.

• An animal protection and control officer was fired for sexually assaulting two colleagues while off duty outside the office. The two victims both complained to a supervisor and asked “not to be matched” with the predator. But the supervisor “did not report the incident to his superiors and used profanity ‘openly’ and called a colleague who criticized the cover-up a ‘bitch’. The supervisor was suspended for seven days. When the department Human Resources and the Chicago Police Department eventually decided to investigate the harassment, with another supervisor and an animal control officer “each posting images in the office that spoke out against the snitches.” suspended for a day.

• A Family and Support Services employee was supposed to investigate complaints of abuse, neglect, and financial exploitation of residents of Chicago’s long-term care facilities, but did not visit those nursing care facilities and rehabilitation for “more than a year”. The so-called ‘elder protection investigator’ quit to avoid being fired after being further accused of covering up negligence by falsely claiming to have made ‘dozens of in-person visits’ while ‘several members staff” from these establishments “did not recall ever having met” the investigator.

• A Chicago Department of Transportation construction worker who was fired for making “unprovoked, offensive, racist, harassing and violent comments” to members of the public in direct Facebook posts after the civil unrest sparked by the George Floyd’s death turned into two rounds of looting last summer. The posts “continued a pattern for the worker, who had previously used misogynistic and racist language to refer to a colleague. The employee appealed the dismissal.

• An Aviation Ministry truck driver has been fired for making threats on Facebook against the lives of colleagues who came to work while infected with the coronavirus. One post said that “colleagues better ‘pray’ that the illness hasn’t ‘touched’ the author’s life because the truck driver would ‘take’ all the colleagues with them,” the report said.

• A contractor was banned from doing business with the City for falsifying weekly pay slips claiming to comply with the requirement that at least half the hours worked on four construction contracts over a five-year period be performed by City residents. The contracts were valued at $162 million.

• A Chicago Department of Public Health nurse was suspended for 10 days for abusing a client who came to a neighborhood health center to pick up a vaccine for her child. The nurse, who had a history of discourteous behavior, was accused of yelling at the boss, grabbing his wrist and pulling him into an office, making him cry.