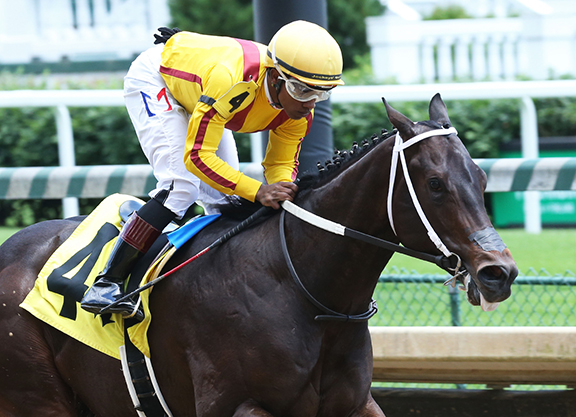 Cazadero (Street Sense) will be one of 73 offers | Coody

Keeneland has cataloged 73 horses for its Horses of Racing Age April sale, which will be held on Friday April 29 after the races on the closing day of the Spring Meet. The sale, which will begin around 6:30 p.m. ET and will be broadcast live on Keeneland.com, will take place as an integrated event, with auctioneers live in Keeneland and with horses presented for sale both physically in Keeneland. and in off-site locations. . Keeneland will also offer online and telephone auctions for buyers who wish to participate remotely.

“We’re really excited to be running the April sale as a complement to Spring Meet this year,” said Keeneland Vice President of Sales Tony Lacy. “The afternoon race and evening sale will combine to show what Keeneland does best and provide a fantastic experience for our customers. ‘summer.

• West Rivera 3-year-old winning colt by Tapit who is a full brother of the winner of the GI Belmont S. Creator and who is shown at the GIII Peter Pan S. on May 14 in Belmont
• To acta 5-year-old daughter of Blame who won April 2 Carousel S. in Oaklawn.
• Bling Battlea 4-year-old winner from Vancouver (Aus).
• Cazaderoa 4-yr-old Street Sense ‘TDN Rising Star’ son out of Year 3 winner and millionaire Wild Gams who won GIII Bashford Manor (G3) 2020 at Churchill Downs;
• Cowana 4-year-old stake-winning colt by Kantharos who finished second in the 2020 GII Breeders’ Cup Juvenile Turf Sprint and won the Duncan F. Kenner S.
• North Dakotaa 6 year old son of Medaglia d’Oro who is a half brother to the leading sire War Front and won the GIII Red Smith S 2020.
• Sianaraa 4-year-old Malibu Moon winning daughter who is a half-sister to Forbidden Kingdom (American pharoah) 3-year-old MGSW.

Keeneland will continue to accept additional entries approved at the April sale until the sale date.