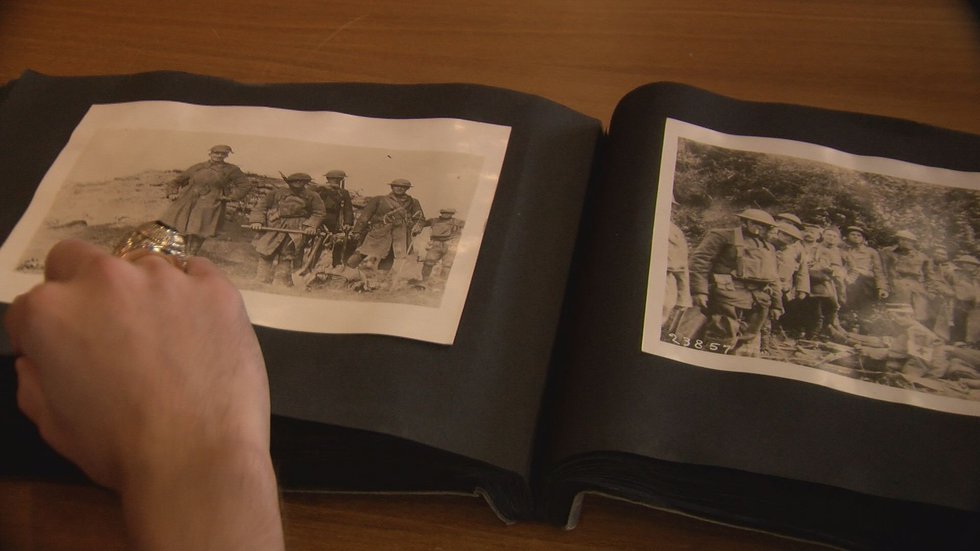 LEXINGTON, Va. (WDBJ) — While nearly everything was locked down by COVID last year, some things continued, like the arrival of artifacts at museums and archives such as the George C. Marshall Foundation in Lexington. Now they can finally catch up on the tricky editing and cataloging.

One such item is a 100-year-old photo album, much like the one you might find in Grandma’s attic, but containing a very different type of photos.

“Yeah, so I’m, like, the first person to, like, look at this picture because it’s just, like, been locked in a closet for a hundred years now, basically,” VMI Cadet Garrett DeFazio said.

He interned at the Marshall Foundation, where he digitized photos recorded by an Army officer of his experiences during World War I.

“When these photos were taken during World War I, it was the first time the U.S. military sent photographers to take pictures and document the fighting and what the soldiers were going through,” DeFazio explained.

“Interaction with primary sources is really the key to a strong and rigorous undergraduate education in the field of history,” said Col. Bradley Coleman, director of the Adams Center.

Cadet DeFazio’s internship is part of a program funded by VMI’s Adams Center, helping the Marshall Foundation clear some of the backlog of digitizing and cataloging items that happened last year during the COVID lockdown .

“Relationships matter,” Coleman said. “And by placing students in professional environments, we build relationships that will last a lifetime.”

And it has the advantage of allowing moments of personal indulgence.

“I have a few favorite photos that I like to look at,” DeFazio said as he flipped through the album. “This one is on the last page. It was taken in 1918, on September 26.

Just before the end of the war, the war they thought would end all wars.

“And it’s kind of cool to look at that picture and put yourself in their shoes thinking it’s over after that,” DeFazio said. “Once this war is over, we won’t see another one. It will be, you know, peace for eternity.

A haunting lesson for someone considering commissioning upon graduation.