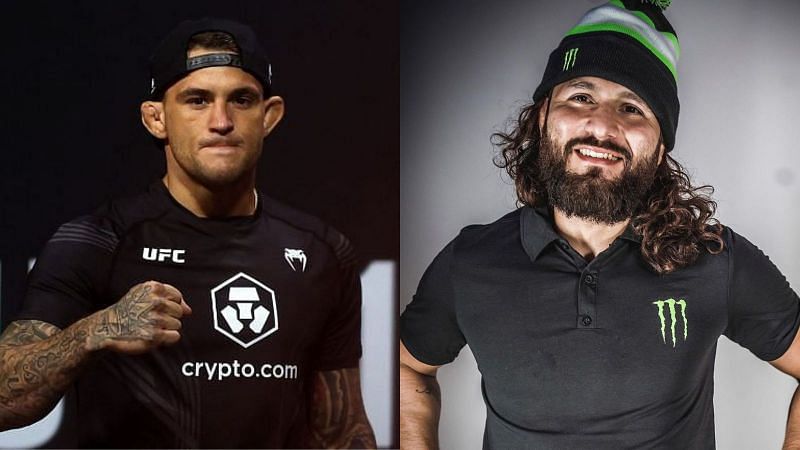 Jorge Masvidal and Dustin Poirier revealed the objects they collected during their childhood. The Cage Fighters appeared at an event hosted by trading card company Panini America.

“I have an older brother so we always collected football cards growing up. He would get the packs, I would steal the ones I needed. I was going back and forth like that so it was always something like that. With comic book cards like well. I think Marvel used those big launches and my brother is a bit older so he would always be the one to get them and I would try to get them from him.

Meanwhile, Jorge Masvidal shared that as a kid he loved collecting comic book hero trading cards and revealed what else he keeps in his collection.

“(I’ve) collected X-Men cards, Marvel cards and Victoria’s Secret catalogs. They’re free, so they’re amazing. I just had to wait for the mail for my mom to get them.”

As two of MMA’s biggest stars, Jorge Masvidal and Dustin Poirier now have their own collectible NFT cards made by Panini. Earlier this year, the UFC announced Panini America as its official trading card partner.

What future for Jorge Masvidal and Dustin Poirier?

Jorge Masvidal is coming off a back-to-back loss to UFC welterweight champion Kamaru Usman in back-to-back title fights. “Gamebred” got his first championship opportunity at UFC 251, a fight he lost via unanimous decision. He then got another shot at UFC 261 and was knocked out in the second round.

Read also
The story continues below

There has been no official decision on Masvidal’s next fight. However, it is widely believed that he will face fellow countryman Leon Edwards.

Meanwhile, Dustin Poirier cemented his status as the number one contender for the UFC lightweight title. After two straight TKO wins over Conor McGregor, “The Diamond” is set to face defending champion Charles Oliveira later this year.