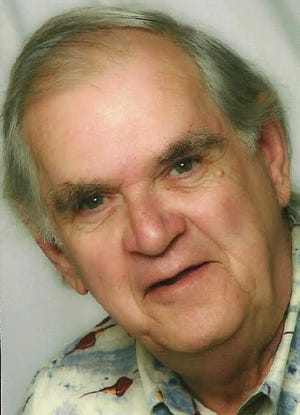 The late winter tsunami of garden seed catalogs flooding local mailboxes is well underway. The closer we get to the changing seasons, the faster they come.

Any seed company worthy of pitching award-winning garden products is not limited to just one catalog per season per potential customer. On to some of the biggest outfits, I’m on my third shipment of their 2022 catalogs. Even some of the lesser-known seed hawkers are now upping their game on top of a unique version of their sales books.

In addition to the quantity of catalogs that each company sends out in the days leading up to spring, I also consider the quality. In addition to offering seeds for sale, some companies add vegetable production lessons to their catalogs. I’ve raised zucchini asparagus over the decades, but I always take the time to read all the tips and instructions these companies print out for each of their offerings.

The print job itself also comes under the scrutiny of quality, perhaps something that only someone like me, who has worked around printing presses for decades, would bother to consider. In this area, the catalogs of two seed companies stand out. Both – Burpee and RH Shumway – have a long and colorful history in the garden seed business.

W. Atlee Burpee, a young medical student, dropped out of school in 1876 and started a mail-order poultry and livestock business. He specialized in chickens, sheep and dogs. After hearing complaints from several customers that it was difficult to find quality farm and garden seeds, he went into the seed business in 1877. Burpee’s founding took place in Pennsylvania, which the company still calls home.

RH Shumway, meanwhile, started his mail-order seed business on the family farm in Rockford — yes, Rockford, Illinois — in 1870. When he died in 1925, the seed company was shipping 200,000 catalogs a year, making it the largest seed garden catalog in the world. It is now headquartered in Randolph, Wisconsin.

But back to the print quality of each company’s catalogs. Burpee, undoubtedly one of the giants in the garden seed industry, mails out catalogs with full-gloss pages and color photos of its vegetable, flower, fruit and herb offerings. It’s a slick production.

RH Shumway, on the other hand, is about as old-fashioned as a gasoline-powered washing machine. Several years ago it gave in somewhat to the competition by opting for glossy, full-color production of its catalog cover pages and about half a dozen first and last few pages of its seed offerings. . Other than that, a lot of the inside pages are all black and white and printed on paper similar to newspaper quality. Not only that, but the fonts are old school and woodcuts replace photographs.

Another big difference exists: while Burpee emphasizes new and improved hybrids that emerge with each gardening season, the Shumway catalog is strong on heirloom seeds. These black and white pages are full of open-pollinated varieties of sweet corn, watermelon, all kinds of squash, and more.

I enjoy looking at these two catalogs. I love seeing how Burpee plant breeders manage to roll out new and improved seed varieties every year that have been around for decades, but I also enjoy the time travel that the Shumway catalog offers.

Every year when I open the new edition of the RH Shumway Catalog, my mind goes back to when I learned to garden with my Uncle Peck. Confirmed single for most of his life, he lived with my grandmother Gant in Minier. I especially enjoyed our day trips to Grandma’s during the warm months, as I knew I was going to have gardening adventures with Uncle Peck. He maintained a large back garden which was bisected by a narrow concrete sidewalk leading from Grandma’s back door to the driveway at the back of the property. But he also managed to tend to at least two other large gardens on vacant lots a few blocks from Grandma’s house.

Uncle Peck had built his own wooden wheelbarrow which he loaded up in the morning with gardening tools he would use any day. Early in the morning, we would go through the city towards a garden. Most of the time, this wheelbarrow was loaded with assorted vegetables for the return trip at the end of the day.

I don’t remember too many garden seed catalogs around Grandma’s house, but I do remember looking at copies of the Shumway catalog. Uncle Peck swore by the quality of Shumway seeds and ordered a good supply each late winter. He knew I really liked going through the catalog with him and asking him what he was planning to order that year. From time to time, I pushed him to ask him why he didn’t buy a particular seed that caught my attention. Sometimes he would give in and order something I wanted, but that was rare. I didn’t know it at the time, but later realized that Uncle Peck’s annual garden seed order had to come with cash, which was not plentiful at the time. .

I rarely order anything from the mountains of seed catalogs that I consult every winter, although I am tempted by many new offers. I suppose, if the truth were out, I would plow my whole garden, hire helpers, and plant anything that looks appealing. But, just like what Uncle Peck faced, it takes money.

Also, my wife is planning to retire and she had a one-on-one chat with me about my garden this year. The message is, as all politicians say, “very clear”. So, I cut this year, especially on the vegetables that we can. It’s understandable since our pantry is overflowing with homemade preserves that will last us until next winter.

I don’t plan on downsizing my plot, but I will be planting melons that are spreading all over the place and a few varieties of lima beans that I have never tried before. These can remain on the vine until they are dead and dry enough to be peeled.

The one thing I still plan to plant that somewhat defies my wife’s message is a special tomato that can only be ordered at Burpee. The variety is called Super Sauce, similar to the popular Roma sauce tomatoes, but its fruits are huge, easily four or five times larger than Roma. We keep a lot of tomato-based sauce, including the sauces we use for chili, pizza, and pasta. The pantry will run out by the time Super Sauce tomatoes are ready to harvest this summer.

Earlier this week, I went through the new seed catalogs that arrived and sternly cleared them up. Since then, I have noticed that several replacements have arrived in the mail. That should provide good reading material for the rest of this week when it’s supposed to snow. Again!

Dan Tackett is a retired editor of The Courier. He can be contacted at dtackett@gmail.com.