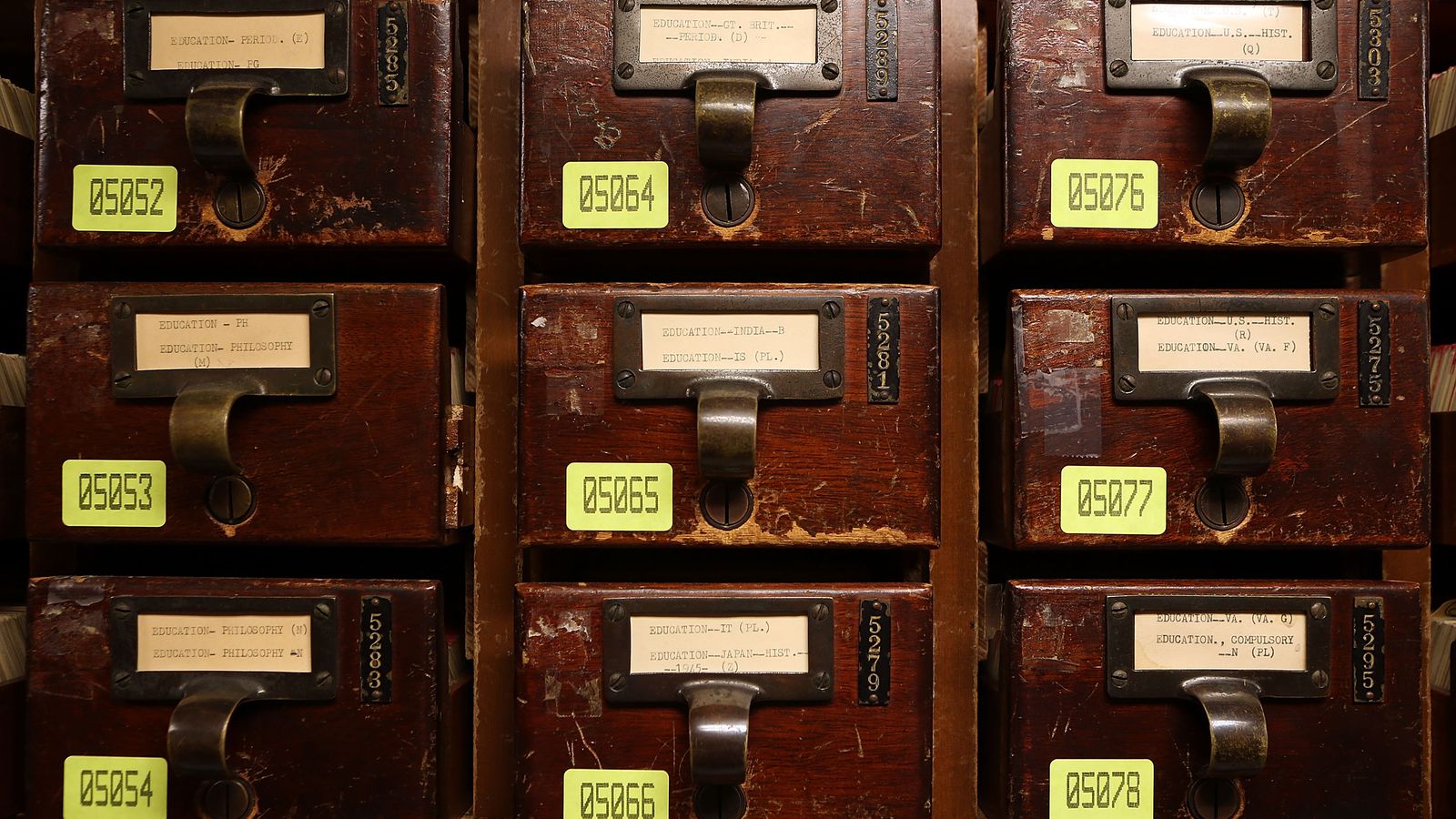 The Library of Congress just published a book on the history of the card catalog, and although I can physically feel you click away from this article even as I type, I’m here to tell you that The card catalog is actually oddly fascinating.

The card catalog makes a compelling case that knowledge cataloging is fundamental to the acquisition and dissemination of knowledge, and that a functioning library catalog is, in some respects, a basic necessity of civilization. And since cataloging is a vocation that attracts neurotic and obsessive personalities, the history of the library catalog traces a strange and winding path, with many backtracks followed by huge leaps forward.

Here are five of the most interesting things I learned about library cataloging from The card catalog.

The earliest known library catalog dates back to 2000 BC.

It was found in the Sumerian city of Nippur, and it is a small 2 1/2 by 1 1/2 inch clay tablet that lists 62 literary works, including The Epic of Gilgamesh. Scholars believe writing developed around 3500 BC, so the library tablet suggests cataloging arrived around 1500 years later – not that long ago, in the grand scheme of things.

The then Assistant Librarian of Congress, JT Frost, desperately tried to save the books as the British prepared to march on Washington, but almost everything had been commandeered by the military. Frost found a single cart and a single clerk and salvaged what he could, and the British Army used the rest of the books as kindling when they burned the White House and the Capitol.

As a public relations move, it was disastrous. British newspapers were filled with editorials decrying the library fire and declaring it comparable to the ancient destruction of the Great Library of Alexandria. (Although, as The card catalog points out, the Library of Alexandria probably died not because it was burnt down, but because of bureaucratic neglect.) “If I had known in time,” said British General Ross, “the books should most certainly have been saved.”

The original Library of Congress cataloging system came from Thomas Jefferson, and it was extremely esoteric

After the British destroyed much of the library’s original collection, Jefferson sold it his personal library. (He was heavily in debt and in need of money, and he had the largest private library in the country.) He sent the library 6,487 books and his own personal catalog, with his own personal classification system: 44 categories of subjects, then books. classified in each section in a way The card catalog described as “analytical and sometimes playful”. In geography, for example, books were arranged both in reverse chronological order (beginning with Lewis and Clark and ending with the Spanish exploration of the Americas, from new to oldest) and geographically (beginning with the northern parts of the globe and ending with the southern parts).

Jefferson apparently found this kind of cataloging joke very amusing, but George Watterson, Librarian of Congress at the time, decided that it was not really a working system for a working library with many users. He kept the subject categories but re-listed the books alphabetically within each subject.

In 1876, Melville Louis Kossuth Dewey invented the Dewey Decimal System, which radically reshaped library cataloging: it was the most efficient system in history and enabled libraries nationwide to use a standardized cataloging system. But Dewey was also extremely difficult to work with, and I can’t help but think that’s because he’s the kind of insufferably efficient nerd who decides that since Melville Louis Kossuth Dewey is such a mouthful, might as well shorten its name to Melvil Dui. (Melville stuck, but Dui not.)

The invention of the computer eventually made card catalogs obsolete just in time – they were so large that librarians feared an inevitable storage crisis – but library obsessives often grow nostalgic for the tactility of physical catalogs and the navigation they inspired. Today, some of them are turning old discarded card catalogs into art projects. (In the meantime, they’ve also become an interior design staple that subscribes to a certain vintage hipster aesthetic.)

The card catalog spoke to artist Thomas Johnston about the currently unfinished collaborative project he began after acquiring the card catalog from one of Harvard’s libraries. “As artifacts,” he says, “they [the cards] continue to be exciting to browse, to achieve the creative activity, research, and information that each card represents, and additionally, how each card has played a part in advancing knowledge.